Tell us a bit about yourself.

I live right here in Watertown and I work as a business manager at a local brewery called Trillium, located in Canton and Fort Point. It’s super fun because you get to drink beer every day! In addition to doing yoga at Artemis, in my free time I like to go rock climbing.

When and why did you begin practicing yoga?

I started in February of this year. My doctor had been suggesting it for a while because I’m not the most active person, and yoga is sort of a relaxing form of exercise—it’s not like running a marathon or anything. It’s also something I’ve always wanted to do, and when Artemis opened up around the corner I didn’t really have any excuses! It was funny…when it was under construction we were guessing what it was going to be, maybe a salon? And then it was a yoga studio and I had to check it out.

What have you learned/how have you grown from practicing at Artemis?

I’ve learned I’m not as strong as I thought I was, but that’s not a bad thing. I mean I can see so much growth in the past 6 months or so. When I first started I remember some of the poses seemed absolutely impossible, and now I can do them!

What is/was most challenging about yoga?

Some of the specific poses I find really challenging. Crescent lunge has always been super difficult for me, and it’s really a physical and mental hurdle you have to jump over. I’ll be in the pose and my thighs are burning and I tell myself I can just stop, nobody is making me do this. But it’s about pushing my mind to slowly take minor baby steps forward, to tell myself not to get out of the pose, to just try a little harder. And I guess that’s how you get better, by taking those baby steps.

What is most rewarding?

I love that I work up a bit of a sweat and feel very relaxed when I leave. If I have a really bad headache when I come in, it will be almost gone by the time I’m done. It’s also something to look forward to! I joined a gym years ago, and I just didn’t feel any excitement about going. Yoga at Artemis is something I want to do and that I genuinely enjoy.

Which classes have you been attending recently?

I mostly attend the Level 1 Flow classes, often with Eliza or Liz P. Also Caitriona has subbed a few times for them this summer and I really like her as well.

What would you want others to know about practicing here?

Here specifically everybody is super nice. I’ve never felt judged for not being able to do a pose. It’s such an approachable and non-intimidating space. 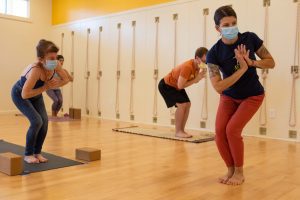 Do I need a trail map for yoga classes? Hmm. 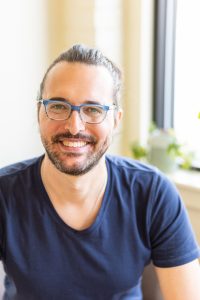 Heart of a Yoga Teacher: Interview with Alex Amorosi 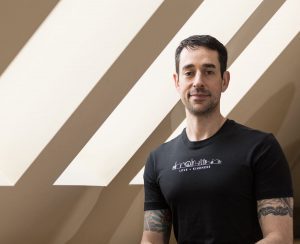 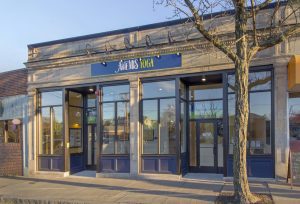 Welcome to Artemis Yoga in Watertown

Artemis Yoga is committed to enable individuals with disabilities to participate as fully as possible in classes at our yoga studio. On the first level there is a wheelchair accessible entrance, yoga class studio and bathroom.
All classes on the first floor are wheelchair accessible in our flagship, primary studio. The lower level studio is reached by two stairways. In the event that a class in the lower level is not accessible to a participant, the studio owner or manager on-premise will adjust that class location to the first floor, grade level studio. With reasonable notice, this change will readily be made as an accommodation.

The request can be made in person, via email or telephone and advance notice of the request to the studio is appreciated. Artemis Yoga will make an earnest effort and attempt to provide reasonable accommodation pending timely notice by participants needing such accommodations.

Artemis Yoga will also work with the individual to ensure that participation in class is achievable. This may include providing additional props, chairs or hands-on assistance that the teacher is able to deliver while continuing to teach the class to all participants.

If you have any questions regarding this policy, please reach out directly to the studio owner, Liz Padula. 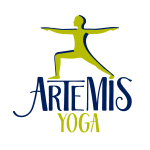 “HOW TO” GUIDE FOR ONLINE CLASSES

Artemis Yoga offers “live” online yoga classes through Zoom. To join, find an inviting space to practice and follow the steps below:

Step 1: Use your MINDBODY account with Artemis Yoga to register for the class.

Step 3: Once you click on the Meeting ID, register with your name and email in Zoom. Please use your real name so we can match with Mindbody. You will then be entered in the “Waiting Room.”

Step 4: When let in from the waiting room, click “Join with Computer Audio.”

THANK YOU FOR JOINING US ONLINE FOR CLASS!